As National Opioid Settlement is Reached, NC Counties Urge Support for Agreement on the Use of Funds

“We appreciate all the hard work and leadership by Attorney General Stein, his staff at the Department of Justice, as well as talented county leaders across this state who worked so hard on this historic settlement agreement. Their collaboration and collective efforts, working to address the opioid epidemic in North Carolina, will save lives and have generational impacts. The deal will give local governments an unprecedented opportunity to help heal our communities, and our Association will work to secure full participation by all North Carolina counties,” said NCACC President Ronnie Smith, Chair of the Martin County Board of Commissioners.

“While no amount of money will ever be enough, this settlement will force these drug companies to pay an historic amount of money to bring much-needed treatment and recovery services to North Carolina communities and to change their business practices so that something like this never happens again. North Carolina has signed on to this deal, and thanks to a strong partnership with our cities and counties, more than 53 local governments have already jumped on board. I look forward to working with county and city leaders across the state to ensure that North Carolina brings home the maximum amount of funds possible. We cannot delay – too many people’s lives depend on it,” said Attorney General Josh Stein.

The national opioid settlement is expected to bring as much as $750 million to North Carolina over an 18-year period to support state and local efforts to address the epidemic. In April, Attorney General Josh Stein and the North Carolina Association of County Commissioners unveiled a historic Memorandum of Agreement to maximize funds flowing to North Carolina communities on the front lines of the opioid epidemic. The agreement, also known as the NC MOA, would direct settlement funds as follows:

The NC MOA offers a high level of transparency into how local governments will use the funds, including special revenue funds subject to audit, annual financial and impact reports, and a public dashboard showing how settlement funds will be used. If the NC MOA does not become effective, North Carolina’s allocation will be governed by the default allocations in the national settlement, providing as little as 15% of state settlement funds in direct payments to local governments.

So far, 53 local governments have signed onto the NC MOA. Click here to view the list and learn more about the NC MOA.

The North Carolina Association of County Commissioners(NCACC) is a non-partisan organization, which represents the official voice of all 100 counties on issues considered by the General Assembly, Congress, and federal and state agencies. The Association provides expertise to counties in the areas of advocacy, research, risk management and education and leadership training. 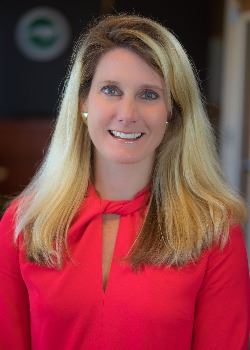